AFTER the last FIFA World Cup was held in Germany in 2006, German citizen Andreas Wiese decided that he would attend the next World Cup, no matter where it would be held. As the time drew closer he decided to drive from Hamburg in Germany to attend the opening game in Johannesburg. He and his team members have so far driven through 15 African countries and everywhere they handed out T-shirts, crayons, writing pads and soccer balls to children. There is a core team of about nine people travelling in three cars sponsored by Kia and Continental, who are also official World Cup sponsors.

People constantly join and leave the team as many people could not make the whole journey. The team left Hamburg in April and most will fly back after the opening game. Wiese and David Gohla will still stay in South Africa for another two weeks. They will follow the German team and watch another eight matches before retuning home. While travelling through Africa they also visited organisations supported by the Ein Herz für Kinder foundation in Germany. “We went to these projects so we could see where the money goes and what it is used for. Upon our return we will use this information to raise funds for the various projects we visited,” says Wiese. The Agricultural Training Centre Krumhuk and the Primary School Aris are both projects funded by Ein Herz für Kinder. The team will still stay in Namibia and do some sightseeing before travelling through Botswana to Johannesburg for the opening game between South Africa and Mexico on July 11. The children of the Primary School Aris were delighted with their new soccer balls and the girls even used them to play a game of netball. 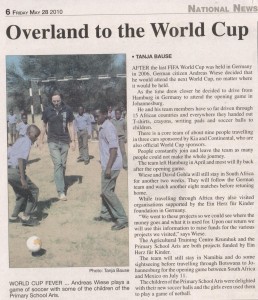 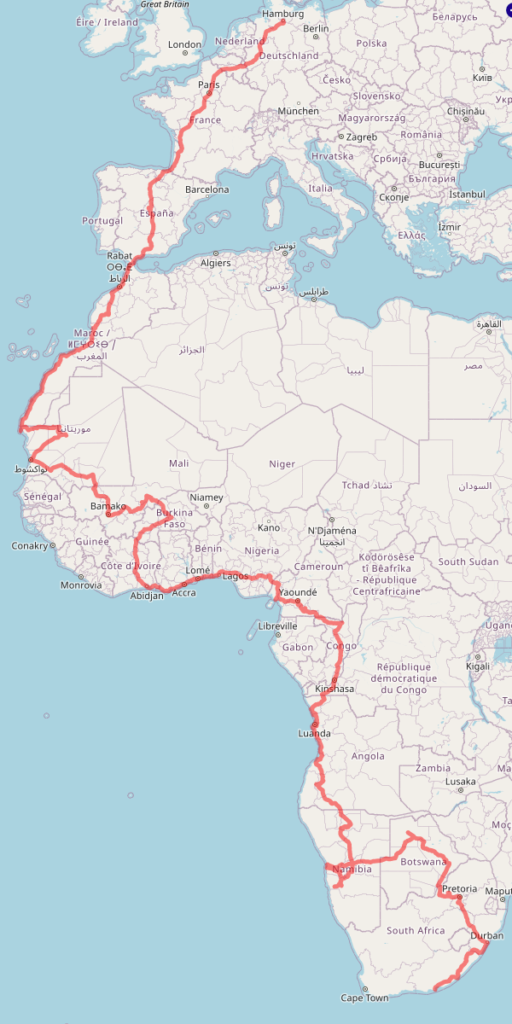